DIRECT SMELTING AS A GOLD MINING ALTERNATIVE TO MERCURY 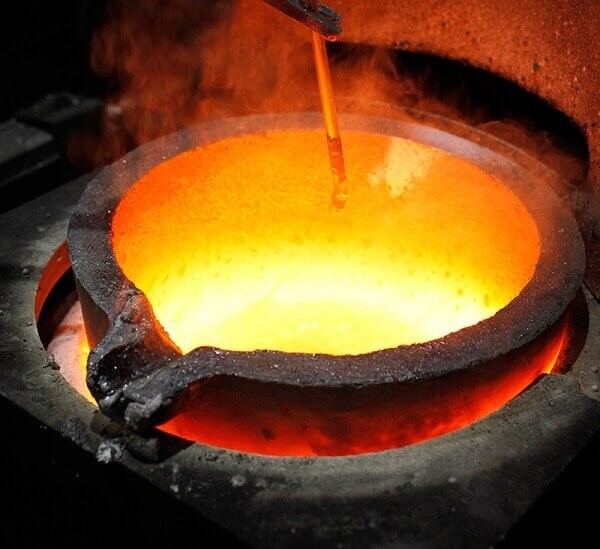 Artisanal gold miners use mercury in over 80 developed countries worldwide to separate gold from concentrated metal. Mercury is often dealt with bare hands due to a lack of tools and substitutes, and much of it spills into rivers and soil in the process to amalgamate gold, where it joins the food chain. The amalgamate is most dangerously burnt, converting mercury into a gas that enters the atmosphere, causing widespread contamination. Small-scale mining has been identified as the single largest source of global mercury contamination due to improper treatment, and cases of acute mercury poisoning continue to climb.
There are other ways to extract gold from concentrated ore, including direct smelting, which is one of the more affordable options. Smelting entirely removes the need for mercury and all of the associated health and environmental risks. Furthermore, small-scale miners are used to burning mercury from gold, so smelting is a method they are familiar with.
Direct smelting has also been shown to be more effective. It will collect both unliberated gold that is trapped/attached to rock and superfine gold particulate that is released as mercury amalgam is compressed and condensed. In 2009, field tests revealed that the mercury process recovers about 88 percent of gold, while direct smelting recovers 95 percent.
This means that mercury is not only harmful to human health and the atmosphere, but it is also ineffective as compared to less dangerous alternatives. On the drawback, mercury is familiar and accessible to a population segment with few other options for providing for their families. Mercury poisoning is a phantom possibility, and even miners who are aware of the risk want to take the risk rather than see their families go hungry.